Yoruba Lerders to Speak At Independence Day Rally On Restructuring 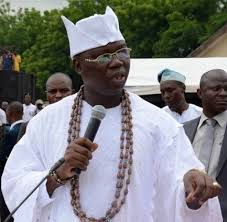 Tags : AdebanjoAlapiniBanji AkintoyeOSIBOGUNOthers to Speak At Independence Day Rally On RestructuringTowry-Coker
…as Yoruba Koya Constitute Committee to Visit South West States Assembly
Barring any last minute hitches, the agitation for the restructuring of Nigeria’s political, economic and social structures will further reverberate on October 1st, the country’s Independence day in Lagos as numerous prominent Yoruba Leaders and self-determination groups converges to unveil a position paper designed to be presented at all the State Houses of Assembly in South West geo-political zone for deliberation.
The event tagged: “Crusade for Restructuring” being organized by a pan-yoruba socio cultural group; Yoruba Koya Movement is aimed towards ensuring that Yoruba land speaks with one voice on the litigious agitation for restructuring.

According to a statement signed by the National Director of Research, Organization and Publicity of the group, Mr. Maxwell Adeyemi Adeleye, a copy of which was mailed to our correspondent on Wednesday in Lagos, the paper titled: “Yoruba Nation in Nigerian Federation” that encompasses how Nigeria and by extension, Yoruba land should look like after restructuring would be presented to the general public and members of the press at the rally.

The group, according to the statement also announced that a committee has been constituted to formally present the paper at all State Houses of Assembly in South West so that all elected peoples representatives in Yoruba Land could unanimously pass a motion calling on the Nigerian Government not to see the calls for restructuring as a political agenda as being peddled in some quarters.

“All Aspirants seeking for elections into state and National Assemblies in South West will be invited to a debate on restructuring after the conclusion of primary elections of major political parties ahead of 2019 general elections so that they could all be held accountable thereafter if they breach their pledge.” the group said.

Several Determination Groups such as the Vigilante Group of Nigeria, Hunters, Commercial Drivers, Drivers, Okada Riders, representatives of Labour Unions from private and public sectors and civil society groups are expected to attend the event which kicks off at 8am.