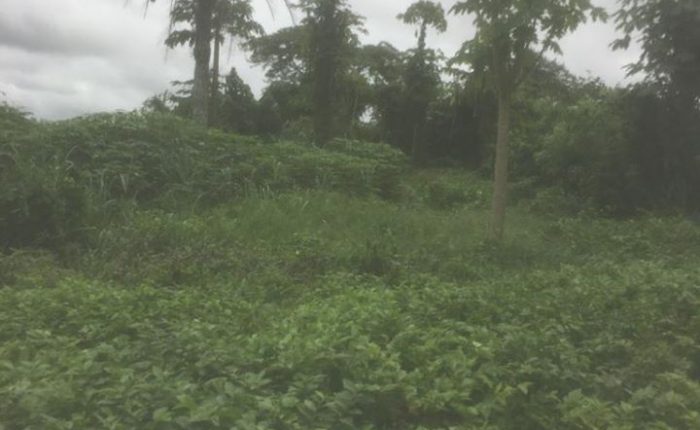 In a joint statement on Thursday, Yoruba Ko’ya Secretary-General, Mr. Maxwell Adeleye and Director of Legal Affairs, Barr. Tayo Douglas, said eight hectares of land and a training centre was made available at Erunwon-Ijebu, Ogun State . The Centre is at the Chris Ogunbanjo Foundation which is a Foundation set up by the doyen of Commercial Law in Nigeria, Chief (Dr) Christopher Ogunbanjo, CON while a retired UNICEF Communication Specialist, Mr. Olalekan Ajia donated one hectare of farmland for training of youths in food production at LEKRIS Farms, Ijebu Ode.

Yoruba Ko’ya said both Erunwon and Ijebu-Ode lands are to be used to pilot production of organic food crops such as Tomatoes, Sweet Potatoes, Watermelon, Cucumber, Carrot, Cassava, Maize as well as Fishery and Poultry.

The Erunwon-Ijebu Training Centre which was facilitated by the Vice-Chairman, Board of Trustees of Yoruba Ko’ya, Senator Tokunbo Ogunbanjo, according to the statement, will serve as the temporary headquarters of Yoruba Ko’ya Green and Red Projects.

“It currently devotes part of its land stock to Agroforestry and the production of seasonal food crops. It cultivates Gmelina, Teak, Oil Palm and Plantain as well as some Pawpaw, Citrus and Cashew trees. It also has a sizeable but largely underutilised Snailery.

“The farm has made available two out of the four rooms in its farmhouse to Yoruba Ko’ya. It is fenced, powered by a 5KVA solar system and has two boreholes” the statement concluded.