Lawrence Ayo Ladigbolu is a retired Archbishop of Methodist Church of Nigeria , a Prince of Oyo dynasty who has devoted his entire life to the service of the people through philanthropy, charity, community development and ministering to the needy. In this interview with OSEHEYE OKWUOFU in his Oyo residence, the minister of God spoke on his early childhood , life in the palace and how he was sent on exile from Alaafin’s palace for embracing Christianity.

My name is Lawrence Ayo Ladigbolu. I am a retired Methodist minister and my last position was that of Bishop of Ilesa and Archbishop of Ilesa Diocese Methodist Church of Nigeria.
As a young prince, what motivated you into the ministry as a career?
Well, I grew up in the palace of the Alaafin of Oyo. And there was really nothing in my beginning that could have given anybody an idea that I would end up as a clergy. When I was growing up, I was sent to the Arabic/Islamic training school.
I was tutored in the traditions and culture of the royal court. So, that was really my foundation. I could not have imagined that I could one day be a Methodist minister, talk less of becoming a Bishop or Arch-bishop.
My growing up was fun in those days, especially in the palace because of the colour, grandeur, beauty and fan-fare that attended life within the royal court of the Alaafin of Oyo. It was a play ground for making friends, for meeting people of various tribes and cultures and of course, for the children then, it was a good place to grow up because it was a melting point of the richest of the Yoruba and other Nigerian cultures. So, I still have very good memories of my growing up in the palace. 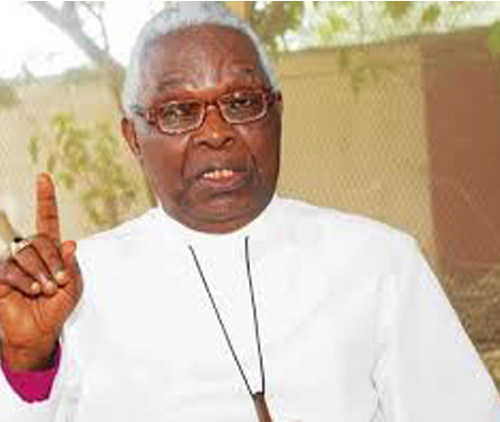 I was born by parents who converted from animism in Irun Akoko in the Akoko North West Local Government Area of Ondo State. My parents were converted by some of the early missionaries in those days. My father, after his conversion, was taught how to read the Yoruba Bible. After that, the missionaries took him to a Bible school in Bida, Niger State, where he was trained to become a church agent or catechist. He was in that Bible school between 1903 and 1905 and later transferred to Lokoja and later to Kabba in Kogi State. He worked in many towns and villages and while he was working in Oke Agbe, Ondo State, I was born on January 11, 1931. Three years after I was born, my father retired.

When he decided to work for God?

Initially I did not want to be a clergyman. The year I decided to stop teaching, if I didn’t enter any secondary school or teachers’ training college, was when I was transferred from where I was working to Arigidi Akoko.

I was not transferred as a teacher but sent to go and help the clergyman there. There were few clerics in Akoko then. I decided not to go because I did not apply to be a church worker. But when my mother realised that I did not want to go, she appealed to me. She went to our then catechist to tell him about my decision not to take up the church work. The man, whom I respected, called and talked to me. He told me that for them to transfer me from teaching to be assisting the clergyman in Arigidi, meant they must have seen something in me. I obeyed him. I served there for a year. There was a time that people were taking entrance examination into Melville Hall in Kudeti, Ibadan, Oyo State. It was where the catechists and clergymen were being trained. They allowed me to take the entrance examination to the school and I passed. The tutors came to Ikare to interview us. They were Englishmen.

At the end of the day, they offered me admission in 1952. I was there for two years, from 1953 to 1954. There, I trained as a catechist. After the training, I was posted to St. Peter’s Anglican Church, Aremo, Ibadan, Oyo State. I was surprised that I was not posted to Akoko.

I served in Aremo in 1955 and 1956 as a catechist, I returned to Melville Hall to be trained as a clergyman for two and half years from 1957 to 1959. I also had the opportunity to pass a special examination to earn a Diploma in Theology from the London University as an external candidate. I was one of the seven candidates that passed the qualifying test and spent another six months at the Melville Hall and became a clergyman. 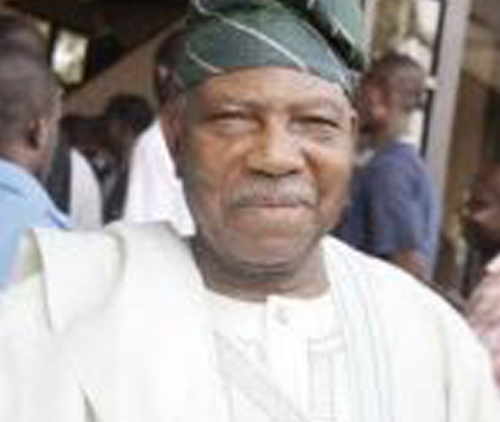 Akure, the Ondo State Capital has been hosting dignitaries across Nigeria and beyond in recent times, particularly since the International Event Center, The DOME was commissioned by the Governor, Dr. Olusegun Mimiko.

Some of the events hosted at The DOME included International Conference of Nigerian Society of Engineers, Best of Nollywood Awards, Yoruba Summit, Swearing-in of State Executive and Local Government Chairmen.

Other were: PDP Southwest Congress, Ondo State PDP Delegates Congress, PDP Southwest leaders among other. All the aforementioned events were corporate or group events. However an event held at the International Event Center was unique because it was a celebration of the life of an individual who had made his mark in all areas of life.

Top government functionaries in Ondo State, students and pupils of Saint Frances and Omolere Nursery and Primary schools were at the lecture, among others.

AYO ADEBANJO: THE MAN AND HIS POLITICS

When friends, family and political associates gather in Ijebu-Ogbo, Ogun state today, to celebrate the 90th birthday of Chief Ayo Adebanjo, they will be honouring a radical and progressive politician, a lawyer, elder statesman, a patriot, and a nationalist of Yoruba extraction, who is without doubt, one of the most remarkable politicians of his generation and a voice of reason in the Nigerian politics of the 20th century and early 21st century. In a country where life expectancy is 53, “one of the most dangerous places to give birth” according to Bill Gates, a house which Karl Maier describes as “fallen”, the attainment of the nonagenarian grade is no mean feat.

Adebanjo Born on April 10, 1928, barely six years after the Clifford Constitution and the first legislative elections in Nigeria, Adebanjo has lived through the finest and ugliest moments of Nigerian history: the constitutional processes, the struggle for independence, party politics leading to independence and after, the civil war, military rule, return to democracy, the struggle for the protection of democracy and civilian rule, and the bigger struggle of ensuring the survival and development of Nigeria. He joined the struggle early in 1943, as a Zikist, as a follower of Dr. Nnamdi Azikiwe but in 1951, he became a member of the youth wing of the Action Group, and a mentee and political disciple of late Chief Obafemi Awolowo. This became the defining moment of his life and 67 years later, he has remained faithful to the ideals of that political party and the ideology/political philosophy of his mentor – that is Awoism.
As Adebanjo turns 90, what is to be celebrated is not necessarily his longevity, even if there may be lessons to be learnt from his life habits – he maintains a rigorous exercise regimen, a daily routine we are told includes aerobic sessions, he neither smokes nor drinks, and for more than 60 years he has remained married to the same woman- but there are no hard and fast rules about longevity perhaps – some alcoholics live up to hundred, and some chronic womanisers outlive their own hubris- longevity, if I may essay a religious tone, is a matter of grace. Adebanjo has lived a true life of blessing and amazing grace. In 1962, during the travails of the Action Group and Chief Obafemi Awolowo’s trial for treasonable felony, Adebanjo was charged for felony, along with 30 others. He had to flee to Ghana. He has been detained more than once for his political beliefs, but this has not altered his resolve.

He is the convener of Yoruba KO’YA Movement. Mr. Ayodeji Osibogun, also known as Deji, has been the Chief Executive Officer of Creazoni Nigeria Limited since 1986. Mr. Osibogun has career in broadcasting and served as Head of Production Services at OGTV from 1983 to 1984; Producer/Presenter Ogun Radio, from 1979 to 1982; Presenter of NTA Ibadan, since 1979 and the same in NTA Ilorin from 1978 to 1979.

He serves as a Director of Secure Electronic Technology Plc. Mr. Osibogun is a graduate of Theatre Arts from the University of Ibadan.